SS Imperator was a German ocean liner built for the Hamburg America Line (Hamburg Amerikanische Paketfahrt Aktien Gesellschaft, or HAPAG), launched in 1912. At the time of her completion in June 1913, she was the largest passenger ship in the world by gross tonnage, surpassing the new White Star liner Olympic.

Imperator served for 14 months on HAPAGs transatlantic route, until the outbreak of World War I, after which she remained in port in Hamburg. After the war, she was briefly commissioned into the United States Navy as USS Imperator (ID-4080) and employed as a transport, returning American troops from Europe. Following her service with the U.S. Navy, Imperator was handed over to Britain’s Cunard Line as part of war reparations, due to the loss of the RMS Lusitania, where she sailed as the flagship RMS Berengaria for the last twenty years of her career.

Be the first to review “RMS “Berengaria”” Avbryt svar 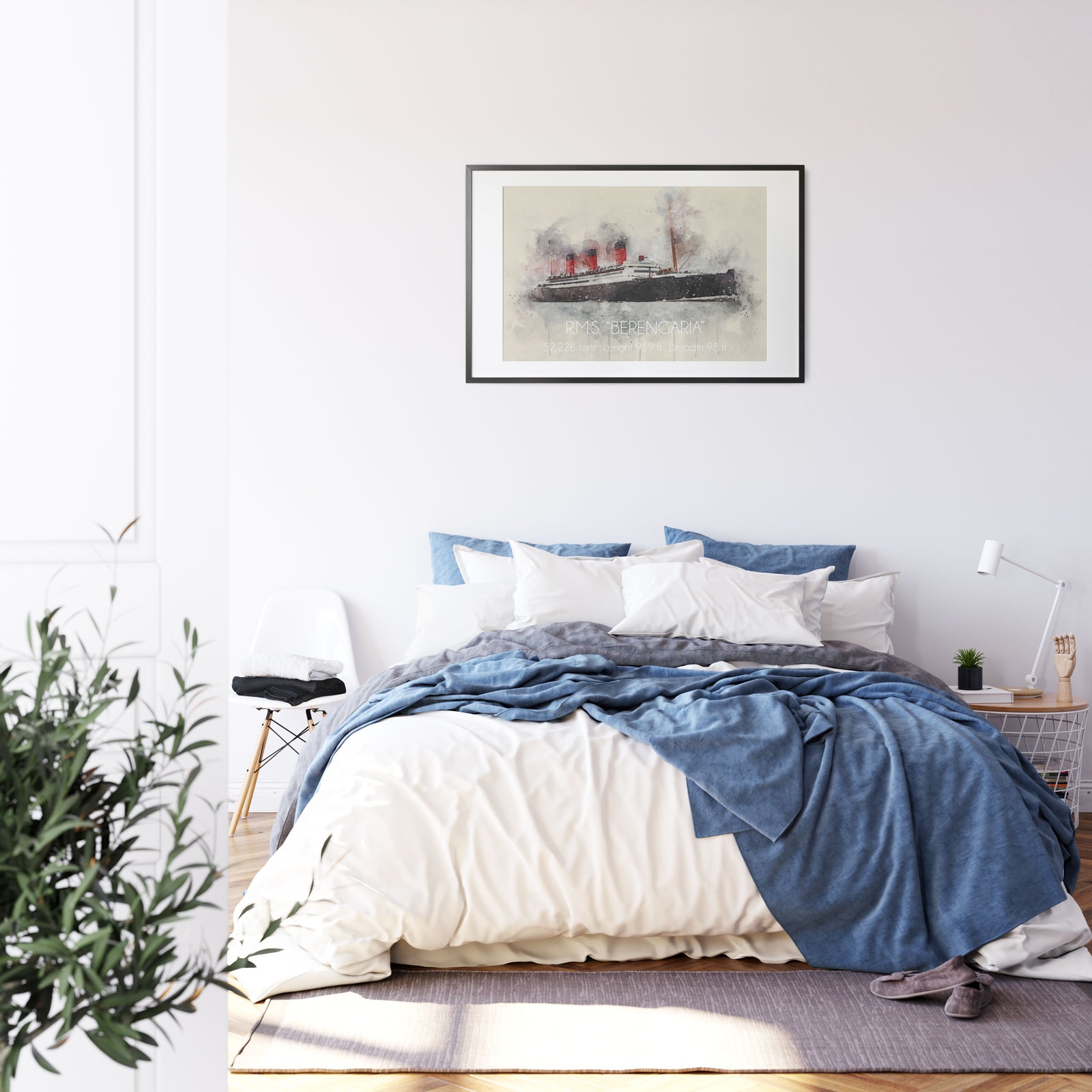