Augusta Victoria, later Auguste Victoria, placed in service in 1889 and named for Empress Augusta Victoria, wife of German Emperor Wilhelm II, was the name ship of the Augusta Victoria series and the first of a new generation of luxury Hamburg America Line ocean liners. She was the first European liner with twin propellers and when first placed in service, the fastest liner in the Atlantic trade. In 1897, the ship was rebuilt and lengthened and in 1904 she was sold to the Imperial Russian Navy, which renamed her Kuban.

While Augusta Victoria was under construction, the Emperor persuaded both Hamburg America and its rival Norddeutscher Lloyd to make their future liners convertible to auxiliary cruisers in time of war. Like all German fast liners built from then until 1914, she therefore had reinforced decks which could support gun platforms.[22] In 1904 she and the other three ships in the series were sold to the Russian Navy; she was renamed Kuban and became a cruiser,[5][6] but was assigned to be a scout ship. She sailed in the Far East with Admiral Zinovy Rozhestvensky‘s fleet in the Russo-Japanese War, but did not see action.[23] She was broken up at Stettin in 1907. 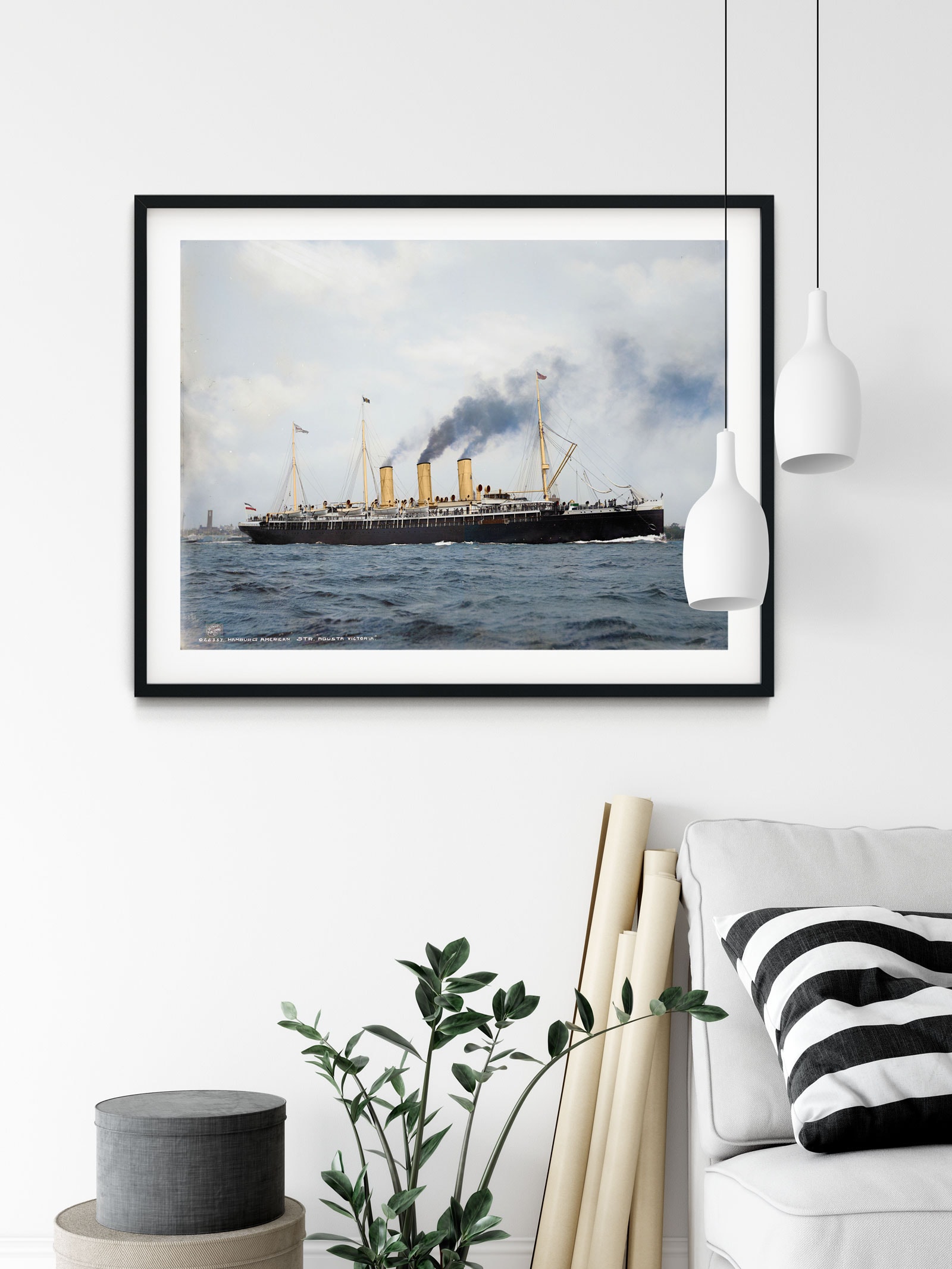